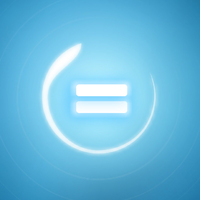 Working with The Tiyya Foundation inspired me to write about international migration.  As a graduate student in Ethnic and Minority Policy at the University of Szeged I wrote a study about this topic to one of my courses. Since my university is in Hungary, my paper is in Hungarian, but I made a short summary of it for you.

According to UN 232 million migrants were in the world in 2013. This number means 3.2% of the world population but it continuously increases and it has effects on each country. Europe and Asia accepted the majority of migrants and 54 million international migrants lived in the US last year.

Refugees are also part of the phenomenon of international migration. In 2013 over 15 million people lived as a refugee in the world- shows the UN International Migration 2013 Wallchart.

I introduce the The Tiyya Foundation in my study as a good solution of helping refugee families and involving them to the local community. The number of  refugees is enlarging in Hungary as well and I think Tiyya can be a good model of creating social network between locals and refugees. Hungary is located close to countries which are at war now therefore it is suppose to accept more refugees than usually even it is not a tipical destination of migration.

The Tiyya Foundation has already found the way how to manage one of the big challenges of this century. Helping refugees integrate to the community reduces conflicts between social groups and also evantuate in better life quality and more satisfied society.